The Paintings of Cliff Wassmann 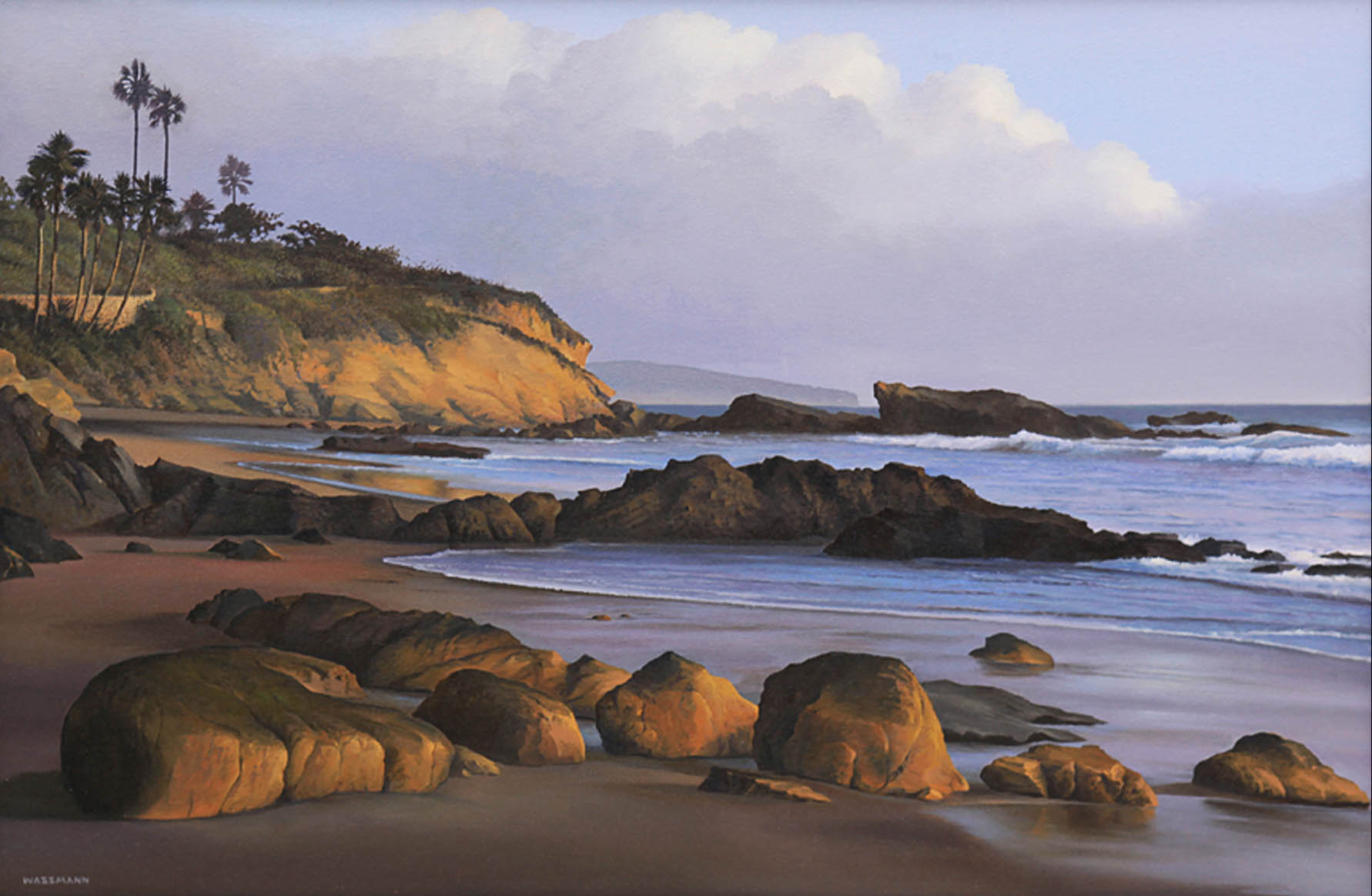 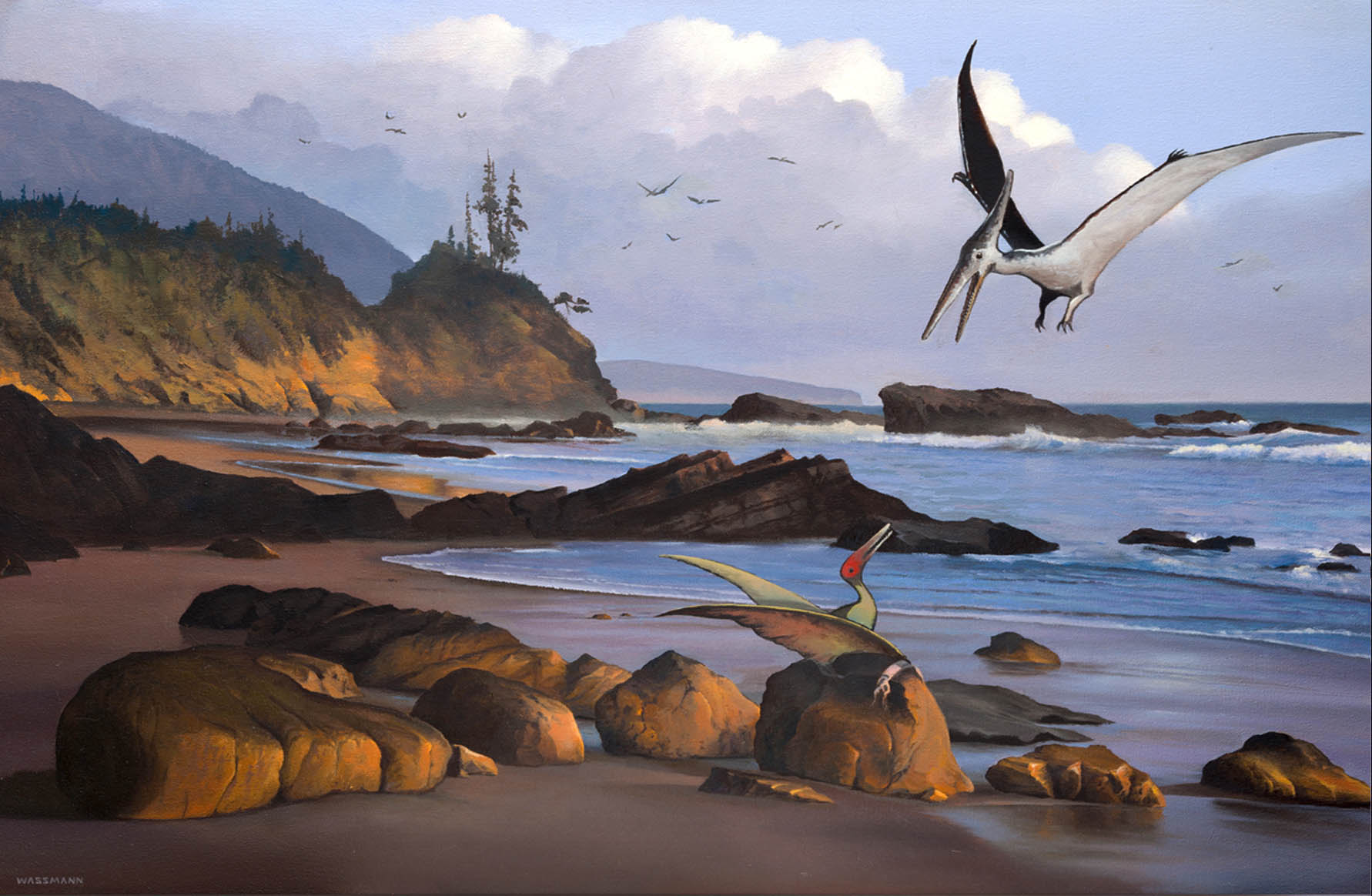 Creative Destruction and the Evolution of an Artist

"A lot of people that see my new work ask what made me paint dinosaurs and fantasy art after spending most of my career on classical realism? I was faced with a crisis. My paintings were not selling and I was at a loss how to change that. I also had unsold paintings that had hours and hours and hours of work in them. Well I decided to put them back on the easel and transform them into something else! Above is the first of my re-invented landscapes. The hardest part was making the decision to take something I thought was fine as it was and add untested concepts to it.

First I reworked the background from a Laguna Beach scene to be more exotic looking but I knew I wanted to add pterosaurs or some other prehistoric beast. I agonized over doing this and thought by doing it I was all but assuring it would never sell. But this painting had not sold in almost 10 years so I figured I had nothing left to lose. I also added plesiosaurs to another Dana Point piece I had. I hung them up at the summer Sawdust Festival as a joke along with my other work. So sure I was going to laughed out of the show I didn't even make any prints.

But they turned out to not only be conversation pieces but viewers were asking for prints. I quickly made some limited edition runs and they turned out to be very popular. And the originals sold too! I have since reworked about a dozen other pieces with either prehistoric or sci-fi themes and the reactions from the public are now guiding me into a new series of imaginative works." 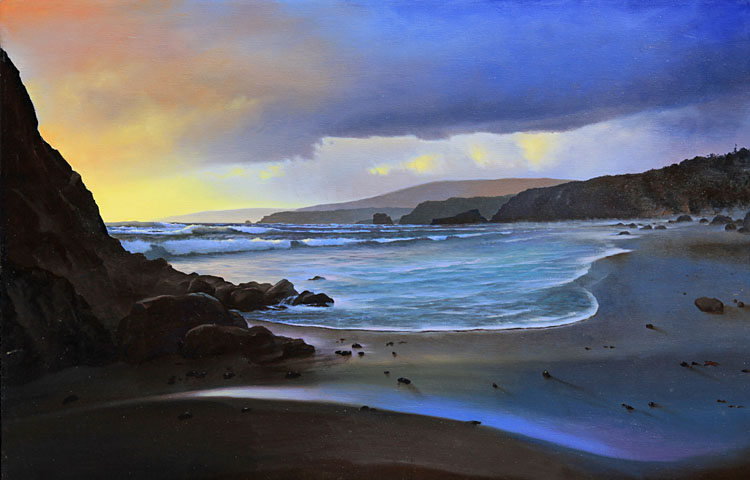 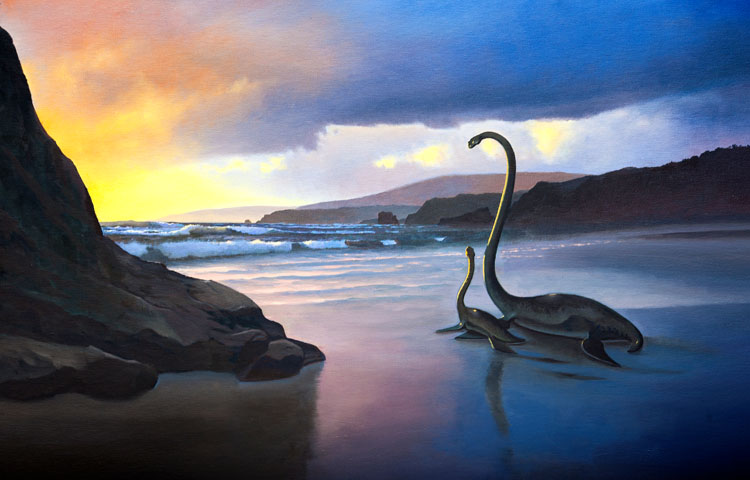 "Sunset on the Western Interior Seaway" 20x30 oil on canvas

Available originals, past works and reproductions can be viewed on our Fine Art America site.

A third-generation painter, Wassmann grew up in a household filled with books on art and history. Of course his favorites were those with illustrations of the ancient world including the noted paleo artist Zdenek Burian as well as Charles R. Knight who painted the murals at the American Museum of Natural History of which Wassmann was a frequent visitor. This formed an interest in both paleo art and classic landscape painting. After High School Wassmann was trained as an oil painter at the nation's oldest art school, the The Pennsylvania Academy of the Fine Arts.

A surprise to many is Wassmann was focused on surrealism and science fiction art until about 1984. This work sold very poorly in those days and discouraged with the lack of support for this creative work he turned to classical landscape painting. A lover of landscape painting this was not much of a sacrifice and his unique style sold well for a while. A trip to Antarctica inspired a series of works of the continent and resulted in one of the first exhibitions of work that addressed climate change.

At the New York Art Expo of 2007 these paintings were noticed by Lucasfilm's art licensee, Acme Archives which went on to publish his work for sale at Comic Con and Star Wars events. His work depicts scenes that could have been in the movie but were not and must adhere to Star Wars canon. However his new series mixing Star Wars imagery in current settings is an original take. A farcical interpretation of how movies and popular culture have invaded the art world.

Wassmann's work has now gone full circle and he is arriving back to his surreal and science fiction art that was his first love. In 1976 no one understood the strange worlds and visions he was painting. But now, 40 years after the release of Star Wars and other fantasy films and TV, a whole generation has grown up and they are loving having a dinosaur in a painting thats hanging over the couch!